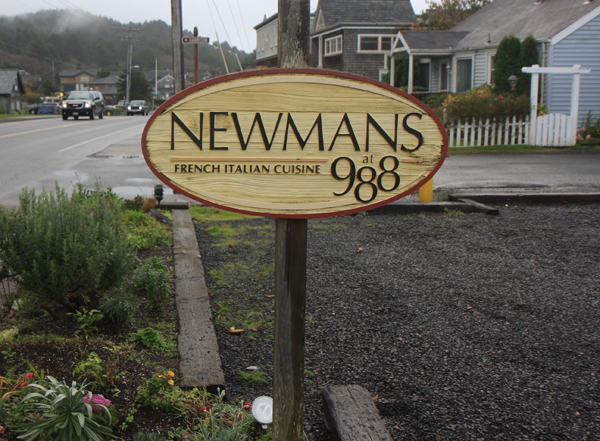 I must have driven by Newmans 988 in Cannon Beach more than 200 times during my visits to the Oregon Coast. It’s so easy when you are at the coast to hit the food staples, of the crab shacks and long-time restaurants like Mo’s.

What I had missed in the little yellow farmhouse along Hemlock Street was some of the best food I have ever eaten.

For background, I am not the type of person who enjoys fine dining. When food looks like art I feel bad for eating it. Also, to be honest, I dislike much of the stuff that goes into fine dining entrées and appetizers. Asparagus, leeks, and any type of shellfish just don’t do it for me.

I am always impressed with food that takes something I normally don’t care for, and makes me want more and more of it. That happened at Newmans 988. At one point, halfway through the meal, I just stopped asking what things were made of, because I didn’t want a preconceived notion of what I was going to eat.

The restaurant, owned and operated by Chef John Newman, has been open since 2006 and it offers an intimate dining experience where it’s fine dining, but with “coast casual” clothing. So while you will see people all dressed up for one of the best meals of their lives, you will also see people who have arrived from a day of exploring the coast, wearing Goretex, jeans and hiking boots. The restaurant itself has a friendly atmosphere and the servers are very friendly and open with advice on what to do or see while at the coast. Plus every night Tony Bennett and Frank Sinatra are playing in the background, setting the stage for a very cool meal. 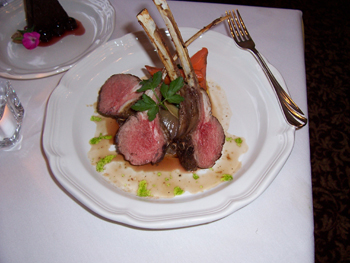 Newman is known to foodies all over Oregon, after working for eight years at the Stephanie Inn in Cannon Beach. In addition he has also cooked several times at the James Beard House in New York, including being selected as the first of 12 Oregon chefs to cook there in 2003 to commemorate the 100 anniversary of James Beard’s birth in Oregon.

Newman said before he bought the restaurant, he had been coming to it for a long time, even befriending the owner.

“We would sit here and have wine, and I would joke with her that when she was ready, I was her man,” he said sitting in the dining room. “That happened for a long time. Then finally I decided to get $10,000 from my 401k and I laid it on the table. That is when everything changed. That was eight years ago.”

Newman travelled to the coast of France and Spain when he purchased the restaurant, “for research,” he said with a wry smile.

“That’s what we really try to think about here, because we are at the beach,” he said. “That’s where the concept comes from. We try to also put an Oregon spin on it, where everything is local, sustainable, and organic.”

The food at Newmans 988 (the name comes from the chef’s last name and the address being at 988 Hemlock) is French Italian, and while the menu changes regularly, stopping by you can see it posted on the front window of the 1910 farm house. He said everything is made from scratch and judging from what I tasted, it’s delicious.

“We also try to make food here that people don’t make at home,” he said. “That’s why we sell so much lamb and duck… It’s one of those places you come and you are splurging. This is a place you are going to come and have a good time. We want food where someone on vacation, who works hard all year, will come here and really enjoy their meal and our atmosphere. It’s not inexpensive, but we make it worth it.” 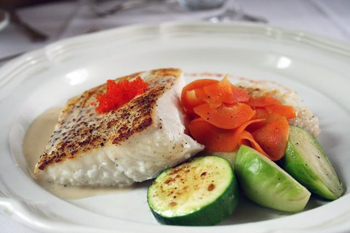 About Newmans 988:  Named one of the 10 Best Restaurants in Oregon by the Oregonian, this small historic farmhouse serves some of the best French Italian food on the West Coast. John Newman, the owner, has been operating the restaurant since 2006 and has an impressive resume. They make everything from scratch and only use local, sustainable and organic ingredients.

What to bring: While dressing up isn’t required, the atmosphere is perfect for a date night with your significant other.

Tip: Newman said his favorite season was fall, because there are still fresh fish and the crowds are less because school are in session. But the one thing to keep in mind is that there is limited seating at the restaurant, so reserving a table is highly recommended – especially in the summer.

Season:  The restaurant only serves dinner and is open year-round, but there are limited hours during the winter months.