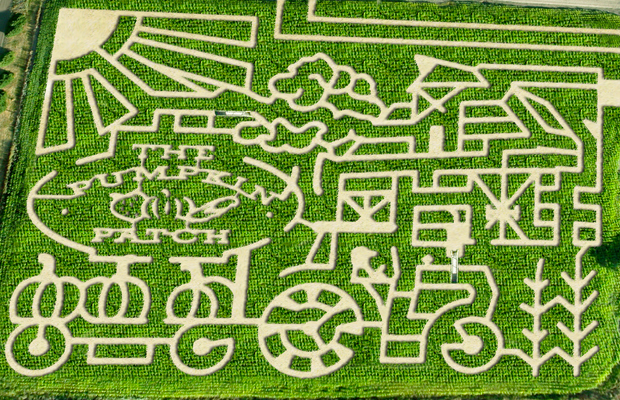 The Pumpkin Patch on the island of Sauvie in Portland, Oregon celebrated its 16th season in 2014. In 1998 the founder of the maze, Craig Easterly, brought the idea of the MAiZE to the island's famous Pumpkin Patch and it has been a tradition ever since. In total, over 500,000 people have attended the annual event at the farm and come to se the giant maze of corn and the fields of The Pumpkin Patch. Located just fifteen minutes from downtown Portland, it is the premier 'agri-tainment' and their proximity to the city have alloed them to combine the local food movement with the fun farm activities available.

Major themes of the MAiZE have been staple icons of Farm Life; The Big Red Animal Barn, The 100 Year Old Oak Tree, and the classic tractor pulling a load of pumpkins. With over two miles of twists and turns, the MAiZE is something that any family can enjoy.